Harvey & Sons (Lewes) Limited is the oldest independent brewery in Sussex, established in 1790 a family business, the eighth generation of the family is currently working there.

Their brewing heritage began in the time of George III, William Blake and Jane Austen. 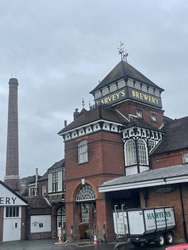 We were contacted by the brewery to look into the viability of improving the condition and extending the working life of a number of their beer process and conditioning tanks / vessels.
Whilst their current brewing process tanks are not the original ones from 1790, the brewery does have, in addition to their stainless steel tanks, a number of blue vitreous enamel glass lined tanks with some considerable age that are still in current and everyday use.
These tanks were made by the company Enamelled Metal Products Corporation (Pfaudler) in Levan, Scotland. The tanks probably being made during the 1950âs, so they could now be in excess of 60 to 70 years old.
The usage of glass lined tanks in the brewing industry was and still is a traditional and well used system of internal tank lining.
Because of the difficulty in repairing the internal lining, there are not as many of these tanks in current use and In their own right these tanks are of historical or heritage interest.
One of the main problems when working with glass lined tanks is the risk of cracks spreading and the ability of being able to create a suitable surface for any repair material to adhere to without crating further damage in the tank.
Common problems with brewery tanks in general and glass lined tanks 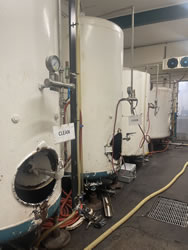 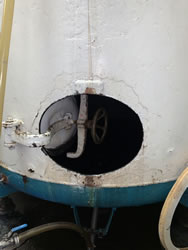 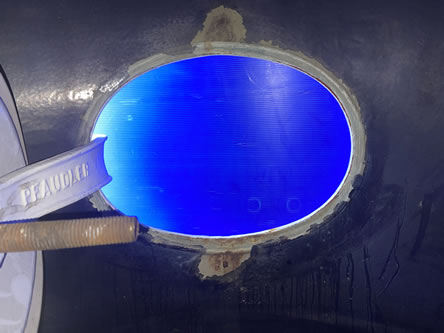 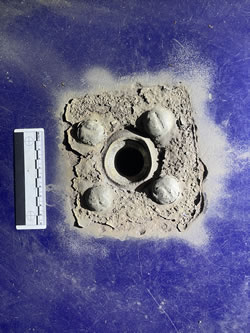 We carried out a detailed inspection and reported on the current condition of the first group of  7 tanks to be worked on (including details of localised damage with in each tank and metal loss etc) together and our proposal for the making repairs to the glass lining.
Typically, and in common with many other brewery tanks that we have worked, on the majority of the damage was around the inner manway door area and the floor of the tank. There were other places too.
Removing the entire glass lining would have been possible, but would have been time consuming, expensive and not really unnecessary.
Any repair material used for the repairs had to be non-tainting, suitable for use with alcohol and also the chemicals used to clean and sterilize the tanks.

Our recommendation was to, after suitable surface preparation, carry out the application of localised patch repairs the tanks with our brewery use grade resin repair system.
We prepared the surface of and around the areas that needed repair, including the removal and replacement of existing historical repairs. The method of surface preparation was both robust and yet sufficiently delicate and controlled so as to reduce the risk of damage to other areas of the glass lining within the tank that were not being treated.
After removal of detritus and cleaning the tank, we then applied our multi coat epoxy resin based brewery tank patch repair system.
This system includes a strong anti-corrosion coat followed by applications of a glass flake reinforced epoxy top coat.
At the same time we infilled any voids and deep craters in the tanks. Many of these were found around the internal surface of the tank manway and also on the floor of the tanks. 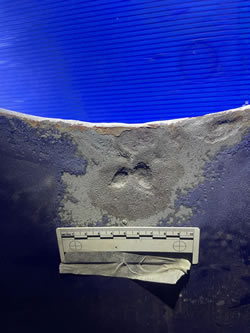 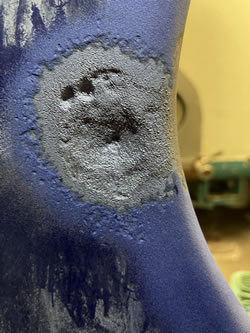 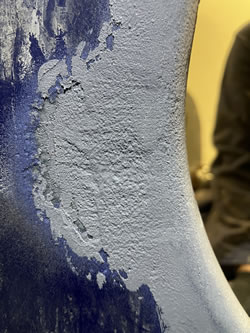 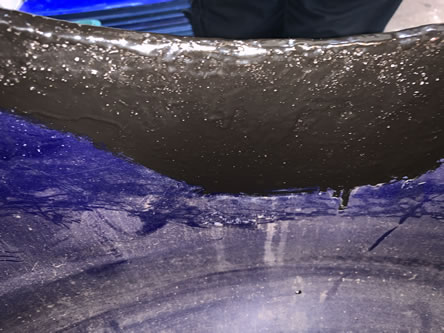 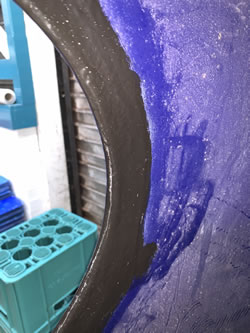 All of the materials used for these works were low odour, solvent free epoxy resin based and designed for use in confined spaces without additional equipment.
This makes the materials pleasant to work with both for the people using it in the tank/s and also for people working around us in the brewery.
The brewery grade resin material that was used has been designed for use with acholic beverages (beer and wine etc) to be long lasting and remain taint free and withstand the normal brewery tank cleaning, sterilization procedures and the chemicals used.
Another major advantage of this tank lining and coating system is that these epoxy resin materials can be applied to and will work on poorly prepared and even damp surfaces.
This means that any work that might be required on the external tanks surfaces could be carried out without emptying the tanks first or altering the temperature in the cold room.

Our aim as always as to be as low key and self-contained as possible. Working together with the brewery, so their normal production line was not interrupted by our presence there.

The work was completed on the 7 glass lined tanks and handed back to the brewery within the allotted time scale.

After a short period for the applied resins to fully harden and after final cleaning/sterilisation the tanks returned to full operation, continuing the production of Sussexâs finest beers.

Our system will enable the refurbished tanks to be fully operational for many years to come, extending the practical working life of these tanks by another 25 + years would not be unreasonable. 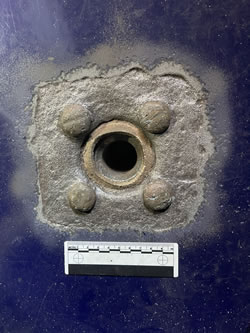 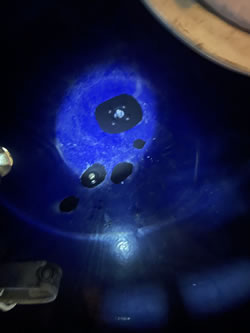 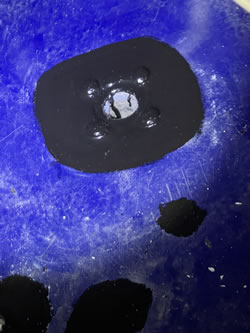 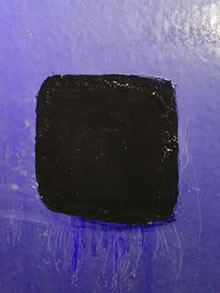 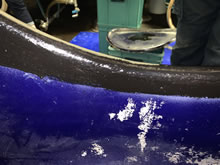 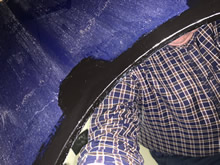 Whist on site we also prepared and applied some of the surface and damp tolerant anti-corrosion resin coating the external surfaces around the manways of a few of the tanks that needed it, The tanks where then ready for coating in the breweryâs own preferred colour scheme. 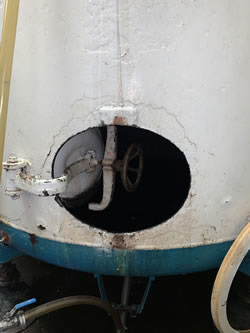 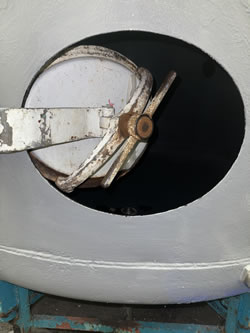 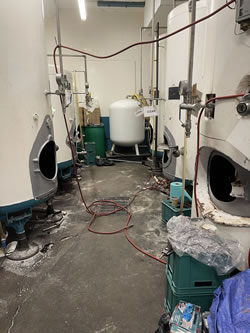